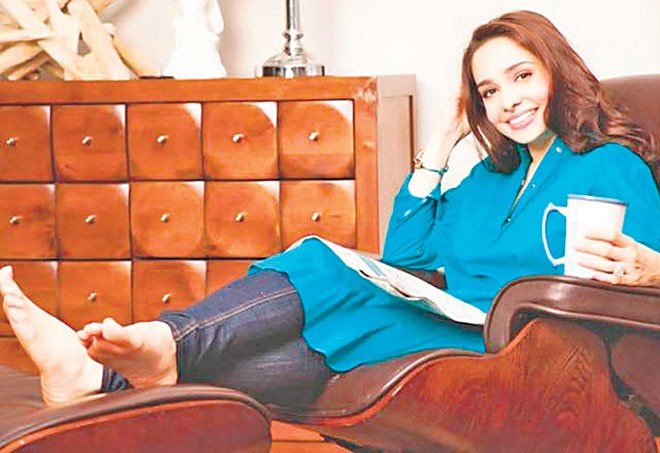 She is a known TV personality and relishes her role as a morning show host that has made Juggan Kazim a household name in Pakistan. At the same time, she is a loving mother of a son and juggling the two roles meant she had to often grapple with fluctuating weight issues.

While giving an insight into her story to Instep, she started off by sharing anecdotes from her childhood days when she was quite skinny and remained so till her son was born. “As long as I can remember my mother was running around me to finish off my milk or eat something. I was always very skinny, not particularly hungry and high on life in general so I never really felt the need to eat or gorge. Food to me was something that I had to consume as a point of necessity,” Kazim shared.

However, a troubled first marriage and grim financial situation pushed her to the point of being under-nourished. “There were days when my ex-husband would ensure that there was nothing to eat in the house. My pregnancy was tough and I was nauseous most of the time. I could only eat certain things like potatoes. I went to the doctor just once during the whole pregnancy but more than that it was a bad marriage that made things worse,” she revealed. After having her son, she moved to Lahore from Karachi and ended that marriage. “It was almost as if I was starved for a year and so food suddenly started fascinating me,” she added.

The term that ‘one should live to eat not eat to live’ was apt in my case. Before my marriage there was never really a want for anything and there was no craving for food but then everyone, who knew that I was breastfeeding my son, recommended that I should have sooji ki kheer, desi-ghee laden panjeeris and what not. “I used to have a half a kilo of panjeeri everyday. So I gained more weight after having Hamza then when I was pregnant but when I finally decided to lose weight I was 63 kgs which was six years after Hamza was born. At that point in time, it felt as if I was losing my self confidence,” Kazim stated.

She shares that one should not starve oneself because when you do, your body starts sending messages to the brain that you are hungrier than you actually are and so you end up binge eating. Secondly, stress aggravates hunger. “You are not really hungry at that time but you need to be fed emotionally and the easiest way to do that is to put food in your system. No one will give you a hug and say that it’s going to be ok so one makes do with piling up calories which is why I talk so much about finding your own core,” she emphasized.

Discussing what motivated her eventually to lose weight, Kazim said, “When I met my husband Faisal, I was so focused on being a mother and a career woman that I wasn’t really focusing on what I looked like. People in the media started making harsh comments on my weight and in retaliation I became stubborn. I was like who says that someone on the heavier side can’t be a model or act and I did all of these things with that weight for a good five years. My point was that why can’t you be respected and considered attractive without being stick thin. Why do you have to be anorexic to be beautiful was my question?”

After throwing a number of questions at herself and others regarding image, she finally found the right answer in the mirror, after meeting the man, who was wonderful to her son and good to her.

“I think about a week into dating Faisal I decided to lose weight. I looked down at the weighing scale and that was when I realize that I have to break my junk food habit before it gets too late. Both the men in my life thought that I was beautiful the way I was but my own self analysis made me realize I wasn’t really looking like myself. I just wanted to see me again. I didn’t want to look at myself in the mirror and that’s when I knew there was a problem,” Kazim said.

Kazim insists that she needed to change for herself and for a good health because she had developed pain in her lower back. Realizing the importance of a healthy lifestyle – one that does not encourage a wafer-thin body image but a well-nourished one – she shared her diet plan on the morning show, encouraging others to join in the race. By the end of the year she had lost 35 pounds. “At that time I was working out two hours a day by giving a kick start to my body but spending more than an hour in the gym has its own side effects,” she cautioned. “When you do that you over exhaust your body”.

Her daily regimen consists of having five small meals a day, out of which one meal always consists of either fruit salad and/or chana chaat without papri and potatoes. “One needs to understand what the plate should look like. It’s supposed to be one-fourth protein, one-fourth good carbs and the remaining half, vegetables,” she shared.

A person who survived on junk food now questions why healthy stuff isn’t incorporate more in our daily lifestyle. She asserted that healthy food doesn’t need to taste bland. “I love khatti daal but now I don’t put four spoons of oil in it. Instead I strain the tarka before putting it on top of it.”

Kazim now weighs between 48 and 50 kgs. She admits to having tried and experimented with every fad diet under the sun but all of those proved to be temporary
solutions as her lost weight returned quickly. “Ultimately what works is a healthy lifestyle that’s sustainable. Don’t ever starve yourself. Watch what you are eating for five days and then allow yourself one cheat meal in a week,” she concluded.

A day in the life of Juggan Kazim’s life and how she maintains her weight by taking advice from a registered nutritionist Maria Nadeem Khan:

Pre breakfast: A glass of luke warm water with half tea spoon honey

Breakfast : All bran flakes in low fat milk with almonds

*followed by a one hour cardio walk

Bed time: 2 tbsp Ispaghol with one glass of water 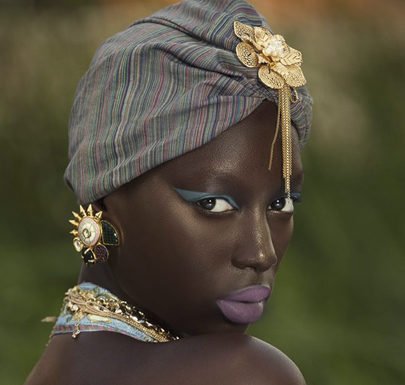 A combo of modern elements