Home Fashion “I want to show women that if you want to go for...

There comes a time when even a super-model has to settle down; Vaneeza Ahmad aka Vinnie the diva of yesteryear is successfully balancing the complexities of motherhood with a growing career.

It’s hard to believe that she has two daughters and still continues to look the way she did in the 90s’. Genetically blessed, she has brains to go with her looks and her career has taken a different route now, that of a fashion choreographer.

So how has the journey been?

“From a super-model to a full-fledged homemaker has been an easy journey because when I was working as a model and an actor I was taking care of the house and my brother and sister who were living with me. The only difference was that I didn’t have children then and toddlers demand more attention.” says Vinnie

For Vinnie the biggest support in her life has always been the family. “Achieving success by dedication and personal sacrifice whether it’s a job or as a model, you need to give up a lot. Compromises are part of life,” she opines. Her mother, she emphasizes, was strong and taught her children to find the strength within them when they were growing up.

Vinnie has indeed gone from strength to strength throughout her career. How ambitious was she in the past and now?

“I don’t think that I am overly ambitious. I have always been content because I have always believed in fate. You will get what Allah has ordained for you. I am more of a workaholic rather than being ambitious. I want to show women that if you want to go for something, you should do it. I always try and do things that I really like.”

She has always believed in a firm approach and in achieving something but ultimately the demands of professional life do take a toll. “I got married knowing well that I have done and achieved what I wanted to do without being dependent on anyone. I took time off after marriage and am raising two small children, happily shifting gears and accepting my new job as a mother.”

Side by side with her modeling career, she has acted in TV serials as well, but she says due to other things she could not pursue it the way she wanted to. “As an artist things were definitely low keyed, as my business took up a lot of time and thus acting had to take a backseat. But I am thinking of going back and have a few interesting projects in the pipeline.”

How has her experience as a choreographer been for the recent Hum TV Bridal Couture Week?

“BCW is very close to my heart ever since I conceived the idea while doing a project for Bridal Asia in India years back. I came back and discussed it with Sultana Apa and got the ball rolling.”

Being in the hoopla Vinnie sees a lot potential for new choreographers’ in the fashion industry. “There’s definitely a scope for people in the industry because it is still very nascent. We have a dearth of stylists, photographers and makeup artistes. Each person brings something new to the table,” she opines.

Now that she’s settled in life does she plan to diversify and step out of the comfort zone?

“I have always been experimental and like trying out new things. Sometimes you need to prove yourself despite the obstacles. I tried my hand at acting when none of the models were doing it. I started running my own channel and introduced a prêt line. Take a look at former super-model Naomi Campbell who is not on the ramp but is doing huge campaigns now. Multi-faceted Bushra Ansari and Samina Peerzada are doing some amazing work. I am the sort of person who wants to try out different things but at my own pace I like challenges.”

Vinnie says she is a ‘focused’ person and always goes after her goals to achieve them to her fullest ability.

“It’s about being calmer and accepting. My children have taught me to think differently. I look up to Sultana Siddiqui who has been my guru,” Vaneeza Ahmad

And her advice to women wanting to make it in the world of glam?

“Just being a woman makes us unique.  The most important thing is to believe in your potential. People will criticize you along the way but the key is to translate the negativity into motivation and prove people wrong by staying focused on your goals,” Vinnie says with conviction. 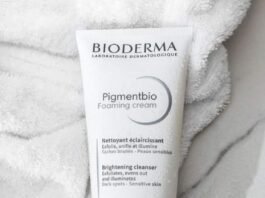 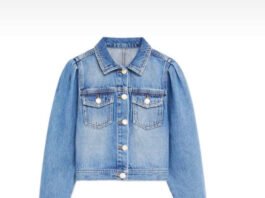