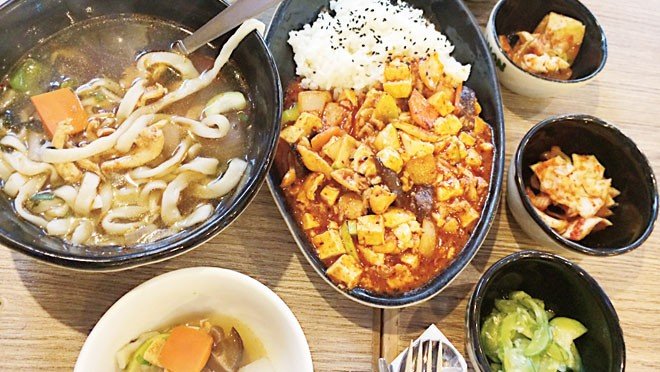 Quaint and unassuming, a little gem of a restaurant serving authentic Korean food resides in the heart of Lahore. With an old-world charm to it, Udon House is now over a year old and the rave reviews I had heard from bona-fide foodies finally drew me to the place. Strategically located in central Gulberg, on the premises of Hotel One, the restaurant is small but draws a big crowd, especially during lunch hours. The muted interior and sparse furniture with no-fuss finishing are testament to the unpretentious nature of the food as well as the wonderful owners.

The hospitality of Mr. and Mrs. Kim is one of the biggest draws of Udon House. The welcoming sight of the middle-aged couple milling about in the open kitchen reassures the customers that they are in extremely capable hands, allowing them to unwind and wait for the unexpected to happen. The menu does not boast of a large selection yet it is simple to understand, with brief descriptions under the names of unfamiliar dishes.

My friend and I selected a corner table to observe the busy artists in the kitchen. I was curious to know what a traditional Korean meal consisted of and Mr. Kim obliged instantly by coming over and responding to my queries. I learnt that besides seasoned vegetables and a variety of soups, rice remains the staple diet of most Koreans, although the younger generation is beginning to prefer noodles.

Mr. Kim came to Pakistan years ago and has familiarized himself with the local cuisine that he loves to indulge in when not cooking at his restaurant. While Kim ran a successful textile business in Lahore, his wife had nothing to keep herself busy with and so came up with the idea of opening a restaurant. A year on, Udon House has become a favourite with those seeking wholesome food that is exotic yet simple. Specialties at the restaurant include the signature handmade Udon noodles with soup, the Kimchi and the Beef Bulgogi.

“Traditional Korean food is incomplete without gochujang, which is a fermented chilli paste and is prepared in winters by storing in large clay jars that are partially buried underground to retain the flavoring,” explained Mrs. Kim. “It has a unique taste and is the basic difference between Korean and Chinese cuisines. It is safe for the digestive tract and lighter on the stomach compared to the regular red chilli powder used elsewhere.”

Having placed our orders, we spotted Nadia Jamil, actress and well-known foodie, working intently on her laptop. “This restaurant is one of Lahore’s treasures and a second home to me. I often come here alone with my laptop to have lunch and work. The generous couple look after me like family and their home style Korean cooking is amazing,” she told us as we waited eagerly for the first course to arrive. 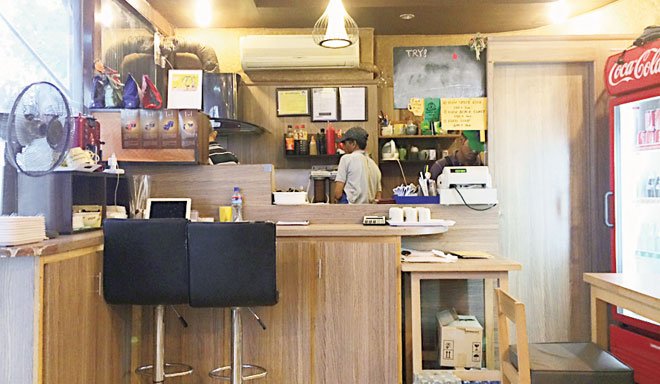 The sight of the Chicken Udon – a comforting pot of steaming noodle soup seasoned beautifully with herbs, chicken and fresh vegetables including zucchini, capsicum, mushrooms and tomatoes – got our stomachs rumbling. One bite and we were in pure foodie heaven! The Bibimbab, a concoction of beef and vegetables served in a ceramic platter and topped with black mushrooms, egg and a dollop of gochujang, looked just as promising. The burst of clean flavours with a hint of spiciness provided by the gochujang got a ten out of ten. The dishes come with a side of the traditional intensely flavoured Kimchi, rice and tangy pickles dished up in small bowls. 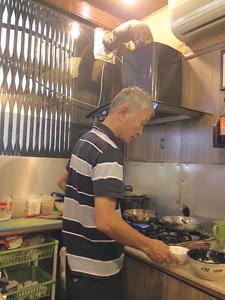 There was very little staff in view, possibly because the food is prepared by the owners themselves, who make sure that only the finest ingredients go into making the delectable dishes. While most of the produce is sourced locally, some ingredients, such as the black sesame seeds and the seaweed, are especially brought from Korea by the couple. I noticed that the cooks worked with very few items and when I voiced this observation, the Kims told me the reason was to be found in the country’s troubled past.

“Korea was constantly at war with Japan and China until the 60s, hence Korean culture remained stunted for a long time, and that included the cuisine as well.  It was only when things began to settle down and the country became prosperous that the food industry began to develop. Before then, food was meant for survival only and not to relish. That’s the reason why the cuisine is characterized by its simplicity to this day,” explained Mr. Kim.

Although the aim of the restaurant is to give Pakistanis a taste of real Korean food, the kind that is cooked in regular kitchens in the country, the Kims admit that they have kept certain items and cooking techniques off the menu. “Pakistanis prefer fully cooked food and show their open dislike for anything underdone so we have to respect such preferences,” he announced as he brought over the final dish from our order and the one that turned out to be the eventual winner. The spicy Bulgogi is made from the undercut of beef, which is marinated in a mixture of soya sauce, garlic, pepper and green onion before being pan seared.

The food may look simple at first glance, but a true enthusiast can detect the various elements and techniques that have gone into preparing it. The Kims have nailed it with their meticulous planning and attention to detail. There are no desserts on offer and only sodas as drink options, which signifies that this is the most they can manage. But as long as they keep churning out their style of delicious and wholesome food, we aren’t complaining.

Perfect spot for your evening cuppa

Getting in shape with Ammara Khan 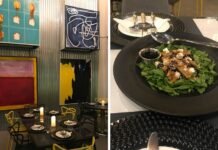 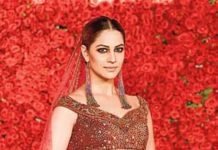 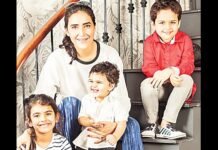 Getting in shape with Ammara Khan