Deeply embedded in time with a history that goes back to 850 – 900 A.D when Lahore became the capital of a reigning Brahman family, followed by the era of Mahmud Ghaznavi, the son of Sabuktagin who invaded Punjab and defeated Raja Jai Pal in 1001 A.D -Lahore had also one time served as the military headquarters during the struggle between Humayun and Sher Shah Suri in the 1500-1600 A.D. The city has grown into leaps and bounds to its present day.

Before I start off with a tour of the walled city it is advisable for the youth or anyone reading this to embrace the true spirit of Lahore. The air in the walled city pulsates with an innate energy of warmth and openness. Have we ever given it a thought that why most of us are generally so obsessed with the city that we live in that we begin to link our lives, place of our livelihood, social circle; even the chosen place to be buried in the city that we belong  to. It’s a simple equation; a city is lifeless without its inhabitants. The population should possess certain requirements to match the correct criterion. The lahori spirit never ceases to impress but one has to experience the True Lahore in its rightful glory.

The Walled City of Lahore, the historic city centre, contains many buildings, bazaars, havelis and monuments of high cultural, architectural and historic value. Despite recent developments and over-commercialization of the area, it still retains much of its intangible heritage and therefore considerable historic character.

Further into the complex maze of alleys one is bound to be inspired by time-worn historical monuments including the recently restored Shahi Hamam located inside the Delhi Gate it’s the only monument of its kind, the conservation is of much value and importance.

Cobblestone pathways of the inner city, the picturesque Hazuri Bagh located inside the grand ensemble of Lahore Fort while one marvels at the magnanimous Badshahi Mosque built by the Mughal Emperor Aurangzeb Alamgir in 1700s. The Lahore Fort –built by the Mughal Emperor Akbar the Great in1600s bearing intricate tile work at Sheesh Mahal; is immersed in its own history of the King’s courts, its romance, nobility, poetry, dance and architecture.  You cannot escape from the breathtaking views of the Wazir Khan Mosque located about a furlong from the Delhi gate and off the Kashmiri bazaar. The Mosque is a world class example of fresco work, calligraphy and tile mosaic.

Due to its historic and heritage significance; I ventured out on the Royal Trail or Shahi Guzargah from Delhi Gate to Masti Gate which is a 1.6 km long route originally used by the Mughals to reach Lahore from Delhi. This route possess many landmark monuments like Shahi Hammam, Chitta Gate, Wazir Khan Mosque, Dina Nath Haveli, Sonehri Mosque, Waan Market, Kasera Bazaar, Rang Mehal, Baoli Bagh, Kashmiri Bazaar, Dabbi Bazaar, Mariam Zamani Mosque and the Lahore Fort.  One comes across Pani Wala Talaab – Built in 1829, it was the water reservoir which distributed water to the entire walled city. The reservoir is still serving the needs of the locals it is located near Rang Mehal.

The Walled City of Lahore is enriched with attractions for tourism but what we lack is a clear cut marketing strategy. However, one noticeable attraction, The Rangeela Rickshaw launched by the WCLA (Walled City of Lahore) manages to revive one of the old modes of transportation where these Tourist rickshaws move on routes from Delhi gate till Fort Road Food Street through a guided tour of Rs. 250.

Yet, it is most unfortunate that apart from Roshnai Gate that exists today in its original condition most of the others like Delhi Gate, Sheranwala Gate, Kashmiri Gate, Bhatti Gate and Lohari Gate constructed again in British period and some others like Yakki Gate, Shah Alam Gate, Masti Gate, Mori Gate, Taxali Gate, Mochi Gate and Akbari Gate have no traces today.

Each of the thirteen gates is best renowned for their taste in the walled city. But why do people fall in love with the cuisine of the androon shehr?

Every gate of the old city boasts its own specialty, but I am sure not many people have tried specialties such as daas kulcha, prem kachori and shahi gosht that are mostly unheard of in the urban city. These, I found out, are prepared in desi makhan and ghee. Their signature lassi variety is also a must-try. While Bhatti gate is renowned for its spice laden treats including the tawa chicken, pathooras, tawa chicken, anda tikki and tawa qeema, to name a few.

You should be ready to explore the Sheranwala gate surroundings that are inhibited by the Kashmiris or the Butts known all over the world for their love for the meat centric dishes. The good old ‘kanjar gosht’ is undeniably the soghat of this place while daal chawal is a staple entity.

Shalami or The Shah Alam Market, located adjacent to the site of the Shah Alam Gate, is a thriving centre of commerce for over a century. You think of anything from accessories, cosmetics, electronic goods, handicrafts, antiques, stationery, crockery, genuine items and counterfeits, brand new, reconditioned or spare parts are available there. This bazaar has almost a whooping twenty thousand shops inside. Since it is a trading market it thrives on its street food like ladoo peethi, gol gappas etc.

Moving on to the Akbari gate where the historical Akbari Mandi is the Whole Sale Market of Grains, Spices, Herbs and chemicals and is one of the largest spice and grain market in Asia. The market was established during the Mughal Emperor Akbar and is named after him.

For paratha lovers there is laccha paratha and a host of other flavours — mooli (raddish), aloo (potato), and qeema (minced meat). In the same way, the chaati lassi range is a revelation.

Mostly unaware yet Yakki gate’s meethay chawal is served at the darbar of “Zaki,”martyr saint, who, according to tradition, fell fighting against the Mughal infidels from the north, while gallantly defending his city. His shrine is still seen inside the Yakki Gate give off the feel of the city that we have grown into and the sentiments attached with all those places that our ancestors have lived around for most of their lives.

The old city is diminishing and people are not aware of what we are about to lose. Every element of the walled city from its mosques, monuments, havelis, bazaars, culinary experience to age old customs and traditions combines the unifying experience; this also equals to a journey yet it’s not the city that counts it’s the people who makes it worthy of living and Lahoris makes it all the more worthwhile. 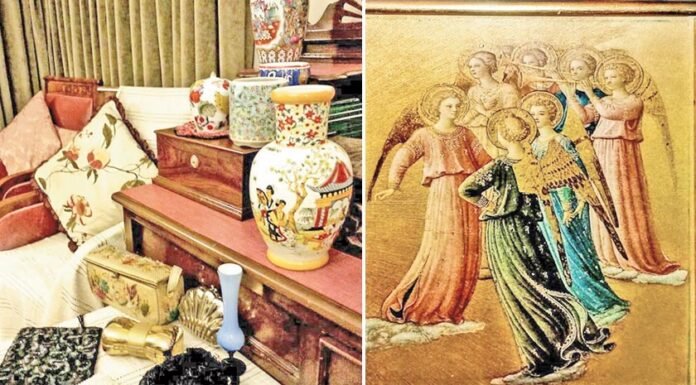