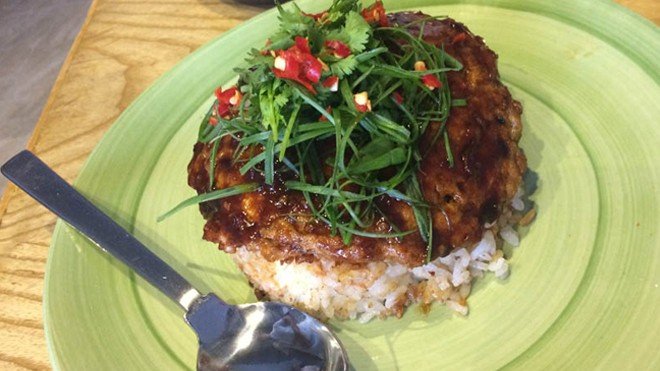 There are only a few cafés or fine-dining restaurants in Lahore that make you want to go back to them repeatedly. The recently opened Bamboo Union may be one of them. At least, it did the encore for me in less than a fortnight’s time.

For one thing, the place brings an authentic menu. But there might be competition. Located on the Main Boulevard, Gulberg, adjacent to the PFDC Mall 1, Bamboo Union is actually part of a cluster of eateries in the area. So far, the place is attracting people in hordes.

Its casual yet charming interior permits the restaurant a certain intimacy and warmth not many such places around do. It’s about great dining in a lively, family setup.

Although my primary focus was (as usual!) on the cuisine, I was simply fascinated by the place’s contemporary marriage of urban and rustic in its décor, especially the way it used space. The stone-tiled flooring, wooden chairs and tables, and bamboo roof installations with wrought iron lighting make up interesting interior.

The open kitchen is inviting, to say the least. It also indicates the kind of stress the owners give to food cooked live.

The food variety is unique in its own way. As the proprietor Raza Rehman explained, “It was my wish to open a restaurant in Lahore where a blend of cuisines was offered and where the customers could have flavours that include Thai, Japanese and Chinese all jammed together.”

As a fan of salads I ordered grilled broccoli with chili sambal romesco — a rather tongue-twisting name for an offering that was oh-so-delicious. The sauce added to the zing. Its flavour was distinctly noticeable. To quote Rehman, again, “It’s an in-house recipe that has balsamic vinegar with a bit of mustard and chili paste.”

The broccoli with fried garlic and onion was served mixed with cilantro, bird-eye chili, and garnished with coconut flakes. There could not have been a better start to the meal than the salubrious salad.

As a fan of salads I ordered grilled broccoli with chili sambal romesco — a rather tongue-twisting name for an offering that was oh-so-delicious. The sauce added to the zing. Its flavour was distinctly noticeable.

Next I jumped to the fiery tempura prawns. It’s another star item on the menu and not to be missed, especially for lovers of sea food. The tempura batter gives it a golden colour while the sauce is prepared in-house by a fine blend of Japanese mayonnaise and spicy sriracha mayo.

The soups were served piping hot while the Tum Yum Gaye is the staple Thai soup but what set it apart was the fresh fragrance of lemon grass and galangal aka Thai ginger and kafir lime leaves. The Chinese Treasure soup has a typical 19B Soup taste with Teriyaki sweet soy glaze.

As a fan of Asian cuisine, I wanted to try a mix of curries and also experiment with Bamboo Union’s specialty dishes that included a variety of noodles, tofu, beef and sea food.

The chicken section wooed me with some typical Chinese range such as Manchurian and hot ‘n’ sour, but I decided against these and picked up the most-talked-about Foo Yong. It’s a minced chicken patty basted with spices and served over sticky rice without being overly hot. Gosh, it’s a must-try item!

I also had green curry — a mild concoction of chicken with a mix of vegetables including Thai eggplant, bamboo shoots, peppers and baby eggplant. It was creamy and a pure joy to eat. This is another unmissable item which can be enjoyed even by those who like to avoid spicy stuff.

Not just another multi-brand store

Lahore’s Walled city is immersed in its own history 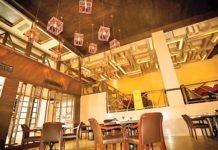 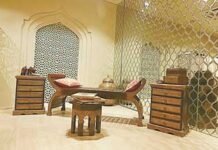 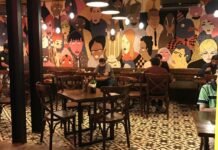 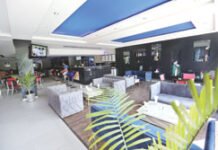 Japanese cuisine has us going Gaia